LiteSpeed Web Server can work as a WebSocket proxy.

WebSocket changes the way the Internet works: It is a protocol that allows the server and the client to have a bidirectional conversation where the client doesn't just request content from the server but the server also sends content to the client whenever there is content to be sent (without waiting to be asked). This bidirectional conversation allows for realtime web experiences. Where HTTP tries to simulate real-time interaction at great expense (through incessant refreshing), WebSocket makes realtime interaction a reality. This upgrades all sorts of web applications: stock tickers, data center monitors, news feeds... but probably the most exciting feature of realtime Internet is the ability for multiple users to see and react to each other's actions in real time.

Set up a WebSocket Backend¶

The first step is to have a working WebSocket backend set up. Explaining how to achieve this is out of this document's scope but there are plenty of online tutorials that can be consulted. One such tutorial involves usingan Nginx backend with an nchan module.

Assuming you have a backend WebSocket up and running on port 80 at ws://domain.com/sub/xx1, you will need to test it to ensure it is working. 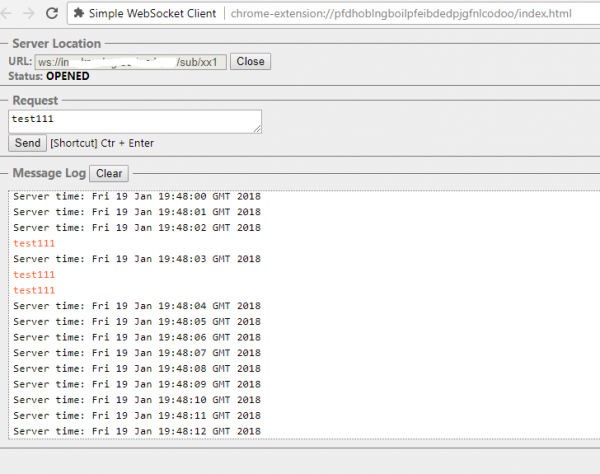 This screenshot shows a successful test. If it had failed, you would see a Simple WebSocket Client undefined error, like so:

This directive must be placed in an Apache vhost configuration file, not in .htaccess.

For example, for RocketChat, create two files like these, replacing EXAMPLE and www.example.com with the cPanel username and the actual domain:

Add the following code to both files:

As of LiteSpeed Web Server v6.0, Secure websocket connections are supported via wss://.

If all is working fine you should see the following: 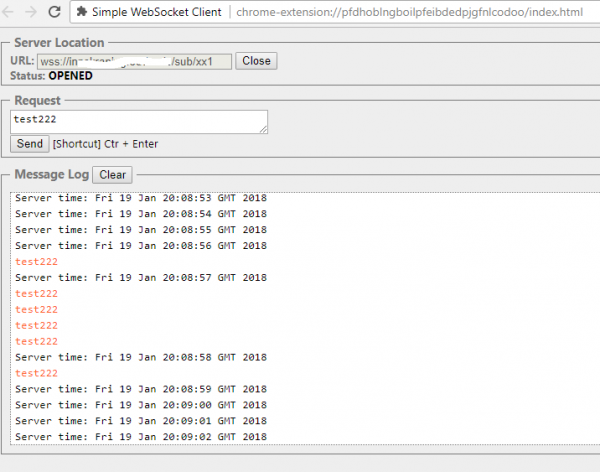